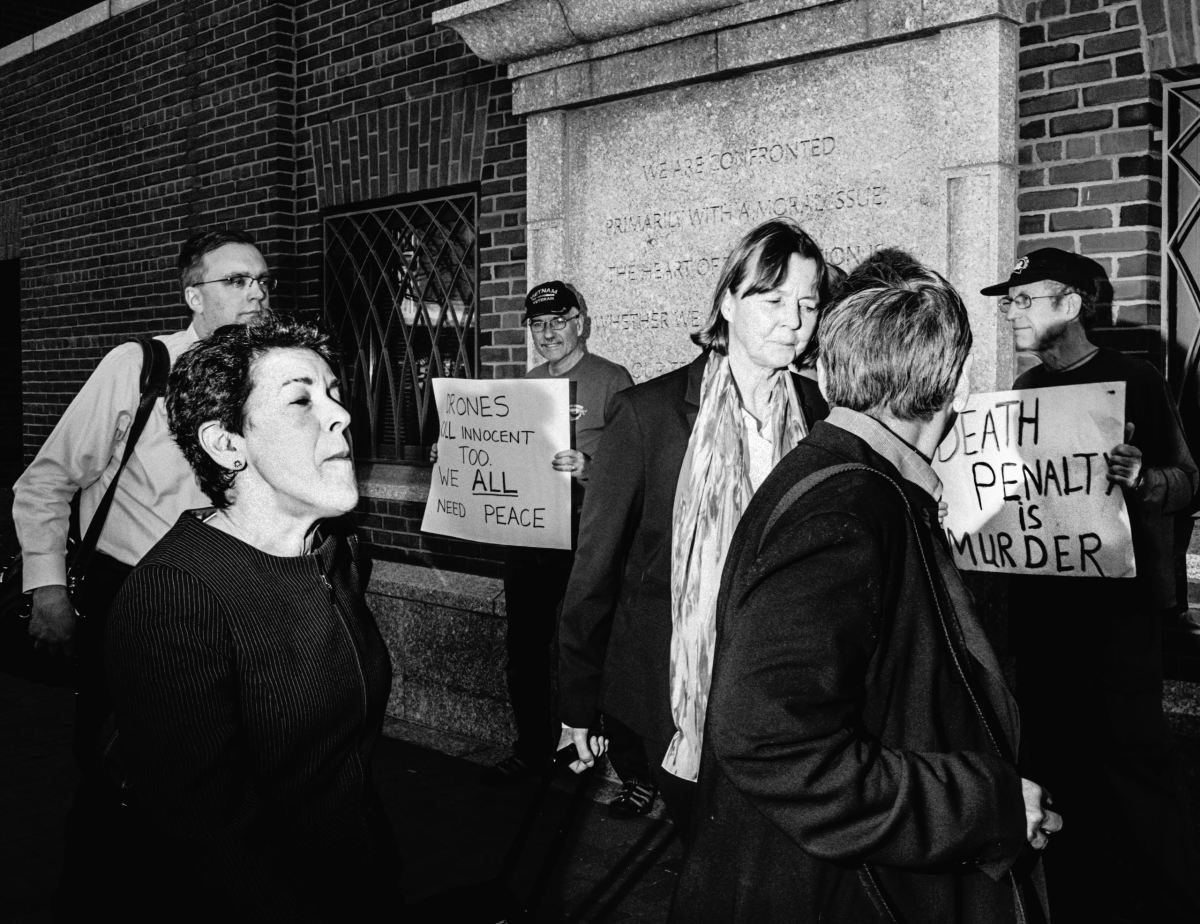 Clarke, wearing a scarf, entering the federal courthouse in Boston during the trial of Tsarnaev. Her friend Elisabeth Semel says, “She has a well of compassion that just runs a little deeper.” Photograph by Philip Montgomery for The New Yorker

The New Yorker magazine’s September 14 issue includes an in-depth article about 1977 alumna Judy Clarke, who it says, “may be the best death-penalty lawyer in America.” She has helped spare the lives of Susan Smith, Ted Kaczynski, Zacarias Moussaoui, Eric Rudolph, and Jared Loughner. Her most recent client, Dzhokhar Tsarnaev, was sentenced to death in the Boston Marathon Bombing case, representing a rare loss for Clarke.

The fascinating story gives insights into her life and her methods of trying to help her clients–some of whom have been called “the worst of the worst”–avoid the death penalty. The story also includes quotes from fellow 1975 alum David Bruck, who is also a nationally renowned defense attorney and worked with Clarke on the Smith and Tsarnaev cases.

Contact Michelle Thaxton Hardy, ’00 law, senior director of development and alumni relations at the School of Law, at 803-777-3047 or hardymt@law.sc.edu.

Employment By the Numbers:

Click here to learn more about the guide, or to download a copy of the Criminal Records Expungement and Pardon guides that Chelsea Clark helped produce.

Other Clinical courses taught at Carolina Law include:

All students enrolled in clinical courses are certified by the Supreme Court of South Carolina to practice law under their professor’s license, and are therefore bound by the SC Rules of Professional Conduct--the same as all licensed lawyers in the state.

The inaugural class of S.C. Legal Writing Academy fellows include: